For its use in securities trading and settlement, distributed ledger technology is gaining more attention in Europe.
European Securities and Markets Authority is looking for stakeholder input about the use of distributed ledger tech for securities trading and settlements. European Union’s securities regulator published a “call to evidence” to solicit feedback from stakeholders on the regulations for regulatory standards (RTSs) on transparency and reporting on the DLT pilot that will be implemented next year. ESMA’s main functions include strengthening investor protection, enhancing financial markets and encouraging cooperation among members. With the call for evidence, the EU regulator’s objective is to see whether regulatory standards concerning trade transparency and data reporting need to be revised to apply to tokenized securities running on DLT.According to ESMA’s official website, the aim is to “ensure more efficient, secure, and cost-effective management of the data stored on DLTs while preserving its quality, usability and comparability.”Stakeholders are called to also share their views on ways to provide regulators with information pertaining to “transactions, financial instruments data, and transparency data.” After sending in the feedback, the EU regulator will determine whether amendments to the RTS are required. If so, the ESMA will once again consult before submitting a final draft to the European Commission for implementation.Related: Regulated French investment firm offers interest-focused crypto bundlesIn July 2021, the French government called on the ESMA to regulate activities and create uniform regulations related to digital assets within the European Union. The Autorite des marches financiers stated that regulations are necessary for a strong, autonomous European Union that can compete at the global level. In September 2021, the ESMA published a report that cited increased market risk-taking and market exuberance as the reasons for volatility in crypto assets during the first half 2021. This raised concerns about investor protection. 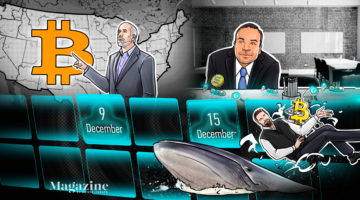