BTC, stocks, and commodities all took a hit after Federal Reserve acknowledged that inflation was more than a temporary problem and suggested that tapering might occur sooner than expected.
The global financial market suffered a setback on Nov. 30, after U.S. Federal Reserve Chairman Jerome Powell suggested that inflation and Omicron COVID-19 variant were growing threats. However, the price of Bitcoin (BTC), which had risen 6% from a low at $55,840 on Nov. 30, to an intraday high of $59,200 on Nov. 30, was hammered below $57,000 after Powell’s comments. BTC/USDT 4-hour chart. Source: TradingViewBitcoin has climbed back to $58,000 at the time of writing. However, a number of technical indicators indicate that traders aren’t confident about BTC moving forward. Stocks and commodities are also affected by Fed comments. Jan Wuestenfeld, an economist and CryptoQuant analyst, stated that the dollar index (DXY), rose while the DOW, Gold and other equities indexes fell. DXY vs. gold vs. BTC/USD/vs. SPX. Source: TwitterWuestenfeld stated, “US dollar index appreciation on Powell comments that the FED might speed-up taper (no mater how believable). Everything else going down. The Fed’s actions are “binary-like” according to Nik Bhatia, a former treasury employee and market analyst. He stated that if things are going well, the Fed can tighten policy. If the economy is in trouble, it eases policy.”According to Bhatia, “inflation is running hot in the United States” with “headline statistics pointing to multi-decade high increases in aggregate price levels.” At the same time, the Fed has implemented “a monetary policy at essentially the easiest it has ever been,” leading Bhatia to caution that “with inflation waking up, this will soon come to an end.”Bhatia said, “The Fed is clearly heading into a policy error in which it tightens policy despite longer-term growth and inflation expectations coming down, due to tighter monetary policy itself (that’s why it’s called policy error).”It’s no longer “transitory inflation”Interstingly, Powell’s comments acknowledged that the year-long mantra of “transitory inflation” is now coming to an end, with the Federal Reserve chair suggesting that it’s time to “retire” the transitory narrative.Federal Reserve Chairman Jerome Powell just suggested that we stop using the word “transitory” when speaking about inflation.”I think it’s probably a good time to retire that word and try to explain more clearly what we mean.”It was never transitory and everyone knew that.– Pomp (@APompliano) November 30, 2021

It’s refreshing to see the Fed be more honest, but Anthony Pompliano, a cryptocurrency pundit, pointed out that most people knew that inflation was not “transitory” and would likely continue to be a problem well into 2022. The total cryptocurrency market cap is now $2.638 trillion. Bitcoin’s dominance rate at 41.2%. You should do your own research before making any investment or trading decision. 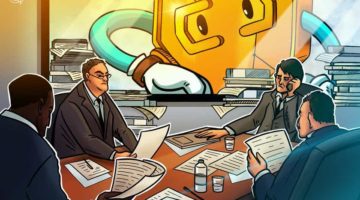 Multi-asset financial trading services provider, M4Markets has recently expanded its offering with the addition of… 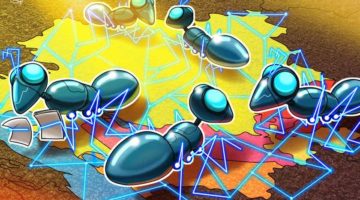 President of Pakistan calls for more training on blockchain technology

Jimmy Nguyen, the founder of Bitcoin Association and Bitcoin SV advocate, was one of the… 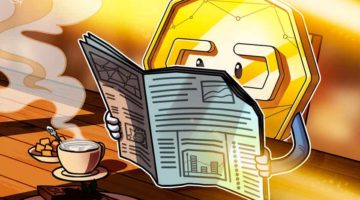 Sam Bankman-Fried, CEO of FTX, says the partnership is a "watershed" moment as the Australian… 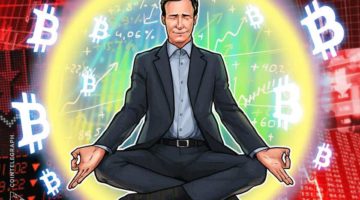 What is a bear market? Analyst says that the current dip in BTC prices is still consistent with previous Bitcoin cycles. 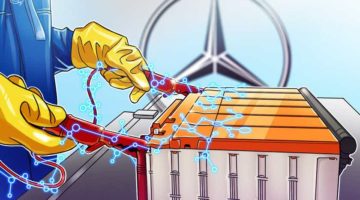 Mercedes-Benz selected five artists from NFT to interpret the G-Class in a unique style. According…